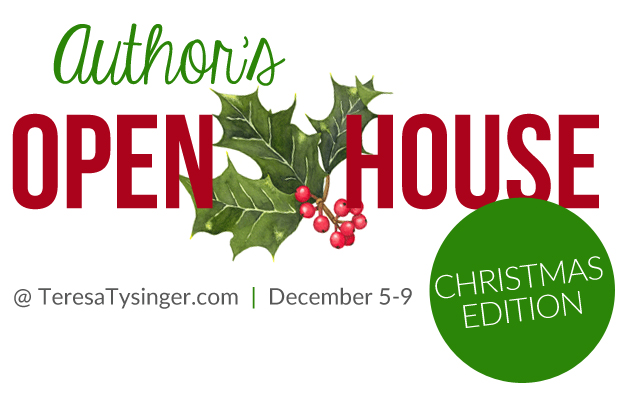 I am sitting in an airport in North Carolina, finally able to get to wi-fi long enough to post our first guest for this week’s Authors’ Open House: Christmas Edition. Angela Ruth Strong and I met at the airport (ironic!) in Nashville coming home from the ACFW Conference this fall. She’s delightful and I’m so glad to invite her as my guest today. Be sure to read through to the end for info on her latest release!

Often we take the Christmas story for granted because we hear it every year, so I love it when something can bring Jesus’s birth to life for me in a new way. This year it’s been the history of the Christmas star. I loved it so much that I worked it into my Christmas romance, Finding Love in Big Sky, Montana.

Paisley Sheridan, the heroine, is reopening her grandfather’s ranch, which she renames Bright Star Ranch. Symbolic, right? That’s just the beginning. She references God’s promise to Abraham about his descendants being more numerous than stars in the sky because that’s how many kids she wants to be able to touch through her ranch. And she learns about her own worth through the idea that if God calls all the stars by name, then he’s going to value her just as much.

I even sneak in references to songs that include lyrics about stars such as those in Broken Road by Rascal Flatts: “Others who broke my heart, they were like northern stars…Pointing me on my way into your loving arms.”

But all this magic started with the magi. There are three passages that could have given the magi the knowledge they needed to seek out Jesus.

To me, this is a beautiful reminder that God has a plan to restore my life. He knows the how, the when, and the where, just like he knew about Jesus’s birth. And he wants to reveal it to me. But if I don’t seek God’s direction, I could easily miss it the way the Israelites did.

The magi got to be there for Jesus’s birth. Can you imagine Mary’s reaction? I mean, I was blessed to have my parents visit me in the hospital after I gave birth, but here Mary was visited by men who followed the prophecies of a star to visit her son.

In Luke 2:19, it says, “Mary treasured up all these things in her heart.” And that’s what I want stories of the star to do for me this Christmas, too.

What are you going to treasure in a new way this holiday season? 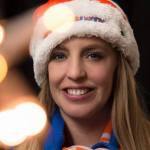 Angela Ruth Strong studied journalism at the University of Oregon and published her first novel, Love Finds You in Sun Valley, Idaho, in 2010. With movie producers interested in her book, she’s decided to rerelease it and write sequels as a new series titled Resort to Love. This Idaho Top Author and Cascade Award winner also started IDAhope Writers to encourage other aspiring authors, and she’s excited to announce the sale of her first romantic suspense novel to Love Inspired Suspense. Presumed Dead releases in February. She currently lives in Idaho with her husband and three teenagers where she teaches yoga and works as a ticket agent for an airline when not writing.