Do you ever imagine who would play your favorite book characters in the movie adaptation? Me, too!

Now, I realize there’s a split camp between those who don’t mind seeing what the author imagines her characters to look like and those who want to be left to their own imaginations. I’m stepping out on a limb today and sharing with you who I’d cast in the main roles in my upcoming short story, After All These Years. 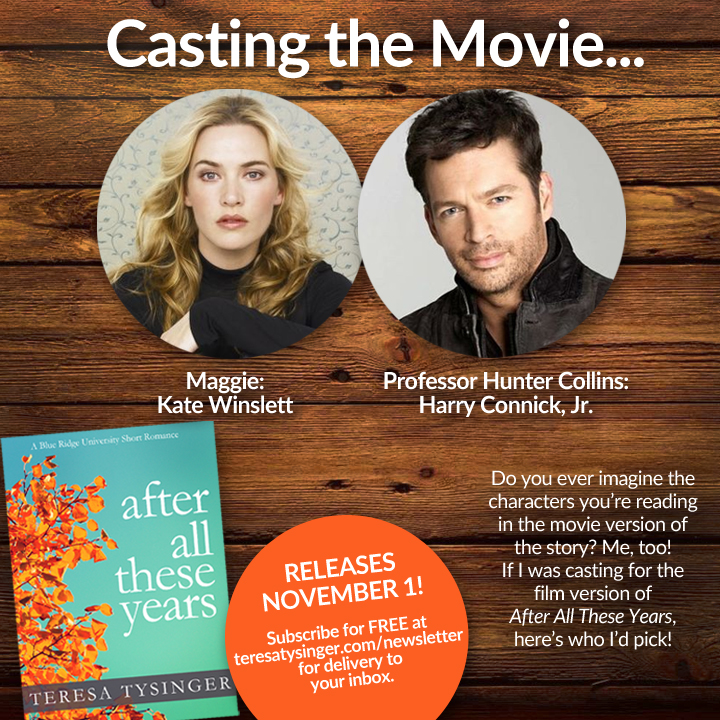 After you read the story on November 1, let me know if you think I got the casting right, or who else you’d cast as the leads in the Hallmark movie version.

If you’re not signed up for my newsletter yet, it’s not too late to do so in time for the November 1 release of After All These Years, exclusive to subscribers.

If you’ve ever imagine who would play some of your favorite book characters, tell us which ones and which actors in the comments!

Do you like casting the movie roles of your favorite book characters? @TMTysinger does. Come play along! — TWEET THIS!